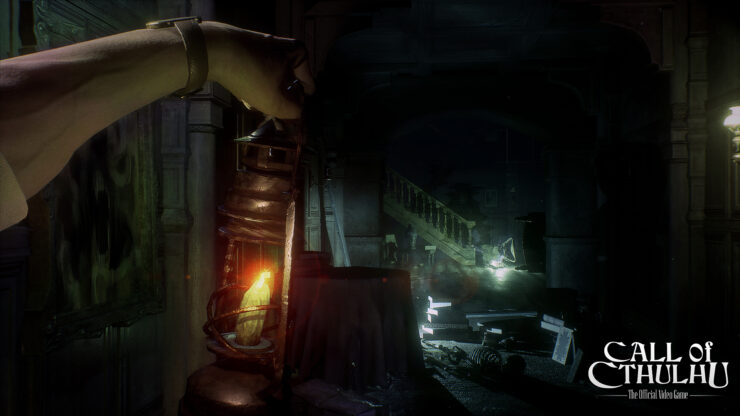 2018 should be an exciting year for Call of Cthulhu fans. There’s The Sinking City by Frogwares, an open world investigation game inspired by Lovecraft’s beloved mythos, due this year.

Meanwhile, Cyanide and Focus Home Interactive have been working on an adaption of the official Call of Cthulhu roleplaying game, set to release for PC, PlayStation 4 and Xbox One in 2018.

Cyanide’s Romain Wiart, Lead Level Designer on Call of Cthulhu: The Official Video Game, was interviewed in the latest Official PlayStation Magazine UK (March 2018, issue 146). He described the in-game sanity mechanic and how it feeds into the game’s length while adding that the main path should take between twelve and fifteen hours to complete.

It’s very simple. As in the novel or in the pen-and-paper RPG, your sanity will go down, so this will be the case in the game. So, the only control you have over it is a little gap of ‘sanity’. The better you manage it by making the right choices, the higher your sanity will be, you will remain in control of your will at the end of the game, so it will mainly affect the ending, whether you will have some choices or not and whether you will experience things or not. That’s how it works. At the end of the game you have several endings, but if your insanity grows you have less endings, less options because your character can’t make rational choices.

Choices affect the ending, but also some parts of the game. During missions, you can’t access certain paths because of your stamina creation, your skills, and your way of doing things. Your choices open ways and close others.

You can replay to find other ways, but you will experience the same story. It’s more the way you play because there are other things to discover.

If you go through the main way of doing it, about 12 to 15 hours, but there are many things to do, so it can be longer than that.

Of course, it wouldn’t be Call of Cthulhu without the phobias and according to Wiart players will find all of them in the game, though they won’t be experienced at once (thankfully).

You can have all the phobias. Yeah, you can experience all of them. Not at once, every setting of the area triggers one phobia at a time. So you can go, “Okay, I see the entrance space – no, I won’t go there, I’ll choose this because I prefer not to have a reminder of what happened before.”

Stay tuned for more coverage of Call of Cthulhu ahead of its release.